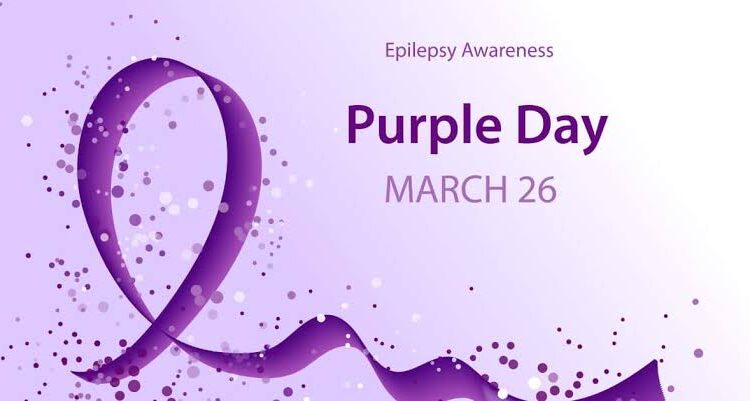 New York: International Purple Day for Epilepsy is marked every year on 26 March to improve public awareness about the neurological disorder and reduce the fear and stigma associated with it. People from all over the world are encouraged to wear purple and host events to raise awareness about epilepsy.

Epilepsy affects nearly 65 million people worldwide, or approximately one in every 100 people; strangely, the source of this illness is unknown in 50 per cent of instances. Epilepsy may be readily managed if diagnosed and treated properly, therefore raising awareness and doing research are critical.

Epilepsy Awareness Day was first commemorated with an event organised by Cassidy Megan from Nova Scotia, Canada, on 26 March 2008. Cassidy Megan was motivated by her own story of facing challenges brought forth by epilepsy after its diagnosis.

The main aim of the event was to educate people about the common neurological condition called epilepsy and encourage them to engage, educate, and raise awareness about the same.

Epilepsy is the cause of electrical disturbances in the brain that result in various types of seizures. It is the fourth common neurological condition after migraines, strokes, and Alzheimer’s. It can be a confusing situation for a person who does not know what is going on.

Estimates suggest that 1 in 26 people in America will suffer from epilepsy once in their lifetime. In 2009, the Anita Kaufmann Foundation partnered with the Epilepsy Association of Nova Scotia and started Purple Day with an aim to organise structured campaigns for epilepsy in the US and other countries in the world.

The Anita Kaufmann Foundation trademarked Purple Day in the year 2011 and it has continued to gain appreciation and attention since then.

It promotes awareness: Despite being a common condition in the United States, not enough resources are spent on research and awareness in the country. This is why Epilepsy Awareness Day is important in bringing the condition to light and give the attention it deserves.

It removes stigma and dread: Education has the ability to abolish prejudice and dread. Epilepsy patients frequently face discrimination, which can be more difficult to deal with than the disorder itself. Epilepsy Awareness Day makes a significant contribution to people’s insights all across the globe.

One Held With 4 Kg Pangolin Scales In Bhubaneswar

Bollywood Songs That Are Perfect To Groove To This…