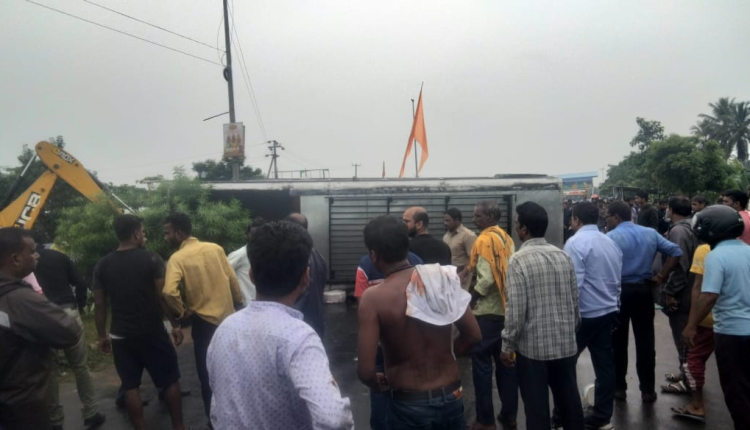 Bhubaneswar: One person was killed while several others were injured after a passenger bus en route to Puri from Bhubaneswar overturned near Pipili toll gate on Friday.

According to reports, the bus driver lost control over the wheels as a result which the vehicle hit the road divider and turned turtle on the national highway.

The accident reportedly claimed the life of the helper of the bus and left about 15 passengers injured, sources said.