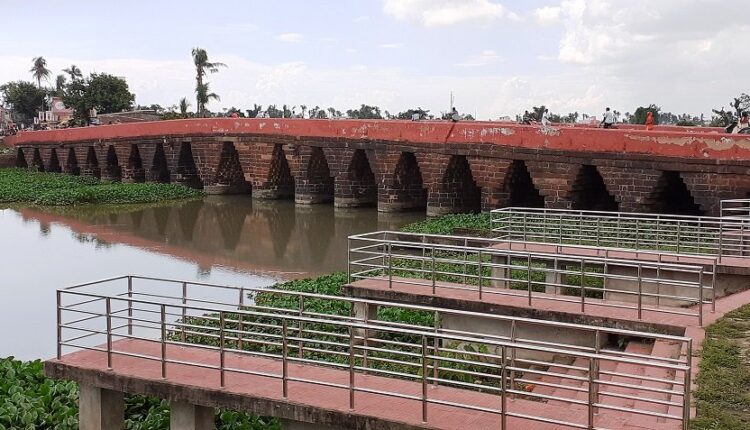 Puri: The historic Atharnala Bridge located at the entrance of the pilgrim town has been closed by the district administration with effect from today.

As per reports, two-wheelers will not be allowed to ply on the bridge for its conservation and beautification.

The district administration has taken the decision following the recommendation of the Archaeological Survey of India (ASI) that will take up the conservation and beautification of the 85-metre long bridge.

The bridge was constructed in the 13th century on Musa river by King Bhanu Deva of the Ganga Dynasty.