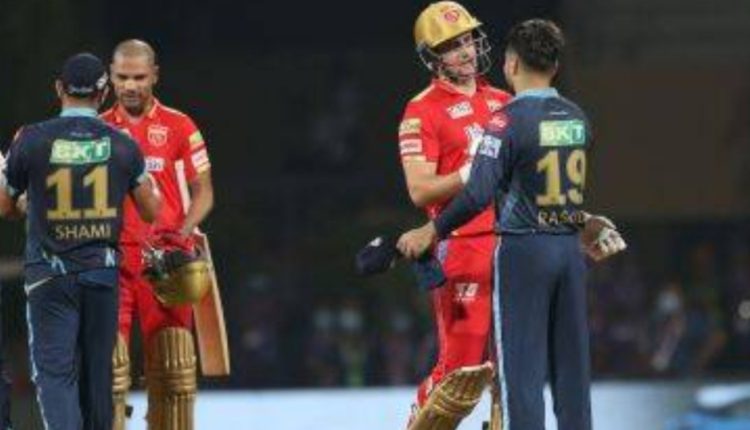 Mumbai: Punjab Kings became the second team to hand Gujarat Titans a loss when they defeated the Hardik Pandya-led side by 8 wickets on Tuesday. Shikhar Dhawan top-scored for the Kings with 62 runs.

Earlier, Gujarat Titans were restricted to 143 for eight. Opting to bat, Sai Sudharsan top-scored for the Titans with an unbeaten 64 off 50 balls, after the team was struggling at 44 for three in the seventh over.

Pace spearhead Kagiso Rabada finished with excellent figures of 4/33 in four overs. Sandeep Sharma conceded only 17 runs in his four overs, while Rishi Dhawan bagged a wicket for 26 runs in his full quota of four overs at the D Y Patil Stadium.