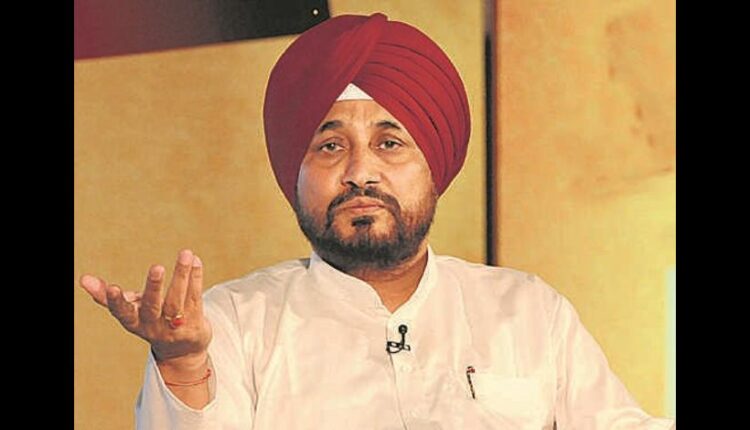 Chandigarh: After Prime Minister Narendra Modi returned from Ferozepur without attending the event on Wednesday due to security reasons, Punjab Chief Minister Charanjit Singh Channi expressed his regression over this incident.

However, the CM denied any security lapse that led to the cancellation of the Prime Ministers visit to the bordering town.

Addressing a press conference in Chandigarh today, Punjab CM said, “I express regret that PM Modi had to return during his visit to Ferozepur district today. We respect our Prime Minister.”

Channi gave clarifications over PM’s return journey from Punjab and said, “I had to receive the PM at Bathinda today but those who had to accompany me tested COVID positive. Hence, I did not go to receive the PM today as I was in close contact with some who tested positive.”

“The Punjab government doesn’t have entire control over security during PM’s visit, as it lies with the SPG. There was an agitation and the Prime Minister was informed about it when he was enroute Ferozepur. At the last minute, they decided to return,” he said.

Channi also said that he had assured Home Minister Amit Shah about the Prime Minister’s security.

He said he was earlier scheduled to travel with the Prime Minister.

“My office staff tested positive for Covid-19. That is why I conveyed that I will not be able to go to receive the PM,” he said.

“The Prime Minister was not attacked. There was no threat to his life. It was just an agitation. There was a peaceful protest on the way. It is wrong to say that there was a security lapse. There should not be any politics in this. We have respect for our PM,” the Chief Minister said.

Meanwhile, the Ministry of Home Affairs has sought a detailed report on the security breach in Punjab.

“Such dereliction of security procedure in the Prime Minister’s visit is totally unacceptable and accountability will be fixed,” said Amit Shah.

Former Punjab Chief Minister Amarinder Singh tweeted, “Complete failure of law and order in Punjab, CM and HM Punjab, in particular. When you cannot provide smooth passage to the Prime Minister of the country and that too just 10km from the Pakistan border, you have no right to stay in office and should quit!”