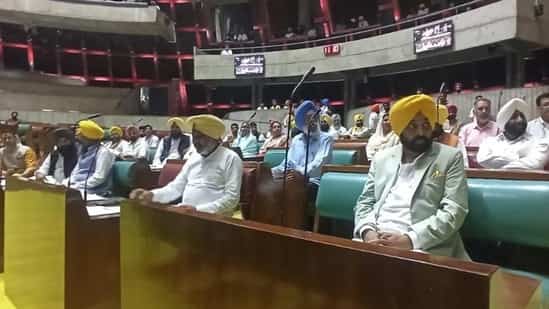 Chandigarh: Punjab chief minister Bhagwant Maan’s cabinet will take oath on Saturday, a day after he revealed the names of his ministers in a Twitter post. Mann, 48, had taken oath earlier this week after the Aam Aadmi Party’s huge win in the state polls with 92 of 117 assembly seats.

“Punjab’s new cabinet will be sworn in tomorrow. Big congratulations to all ministers taking oath in the AAP goverment. The people of the st ate have given us a huge responsibilty. We have to work day and night to serve them… we have to work for an honest governance,” the chief minister said in a tweet in Hindi and Punjabi on Friday night.

Soon after the oath ceremony, the cabinet’s first meeting is also expected to take place on Saturday.

AAP MLA Kultar Singh Sandhwan has been picked to be the next speaker of the 117-member assembly. Taking to Twitter, Sandhwan thanked Mann and AAP chief Arvind Kejriwal.

Punjab is the second state after Delhi where the AAP has formed the state government as it looks to expanding its national footprint.