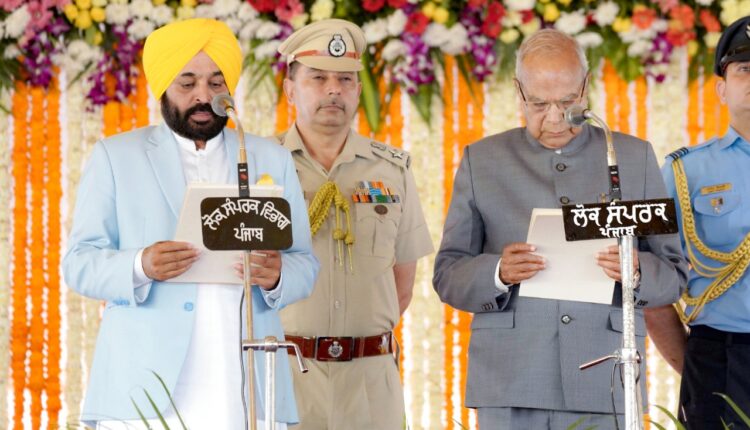 Mann ended the oath with the phrase ‘Inquilab Zindabad’, which translates to ‘Long live the revolution’.

The phrase was popularised by and is commonly associated with freedom fighter Bhagat Singh. Bhagwant Mann chose to take the oath in Khatkar Kalan village in Nawanshahr district, which is the birthplace of Bhagat Singh.

After taking the oath, Bhagwant Mann said, “I appeal to you all [newly-elected MLAs] to not get arrogant. We have to respect even those who didn’t vote for us. I thank you all and AAP convenor Arvind Kejriwal.”

In a tweet, the Prime Minister said; “Congratulations to Shri @BhagwantMann Ji on taking oath as Punjab CM. Will work together for the growth of Punjab and welfare of the state’s people.”

In the recently concluded Punjab election, the AAP won 92 out of 117 seats while the incumbent Congress could only secure 18 seats.

Lower Courts In Odisha To Hold Morning Sessions From April 4