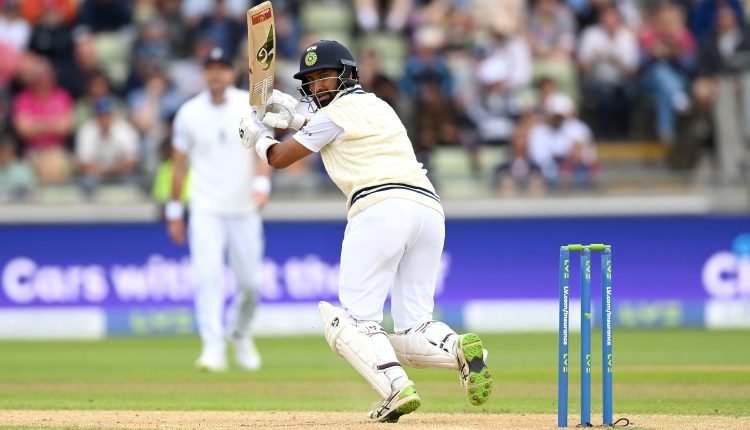 Edgbaston: Despite losing three wickets in their second innings on Day 3, India are in a strong position against England at Edgbaston on Sunday.

Cheteshwar Pujara (50*)composed a brilliant fifty and Rishabh Pant (30*)is also batting sensibly in the middle.

Virat Kohli was earlier dismissed by England captain Ben Stokes after he had got off to a solid start.

Stuart Broad had earlier dismissed Hanuma Vihari shortly after Tea, while James Anderson had earlier got the better of Shubman Gill.

Jonny Bairstow lost his wicket to Mohammed Shami on 106 runs on Sunday before Stuart Broad got dismissed by Siraj.

Bairstow and Stokes had survived a tricky first half-hour against Bumrah and Mohammed Shami after England resumed the day on 84/5.

He along with Stokes had stitched a 66-run partnership for the sixth wicket before adding 92 runs for the seventh wicket with Sam Billings.