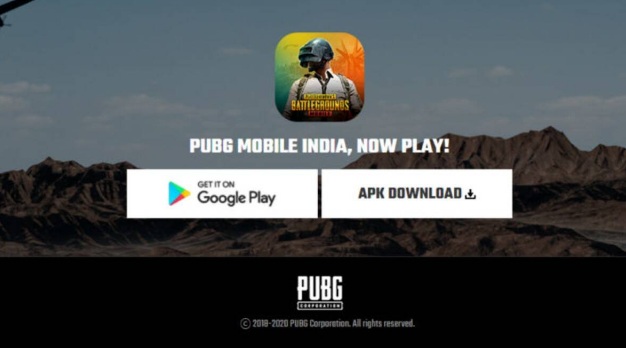 New Delhi: The PUBG Corporation recently announced that it will be relaunching PUBG Mobile India. Now, a few users spotted the PUBG Mobile India APK download link on its official website. The website seems to have reverted back to its original state as of now, and the download links have been removed.

The download banner consisted of two links, one labelled Google Play Store and the other a direct APK file download link. Even though the banner was showcased, the download buttons themselves were not attached to proper links.

PUBG Corporation has not revealed when the game will be making a comeback to the Indian market. However, it has revealed a number of changes that are being made to the game. These changes include separate Microsoft Azure servers with regular checks to help provide Indian players with “a secure and healthy gameplay environment.”