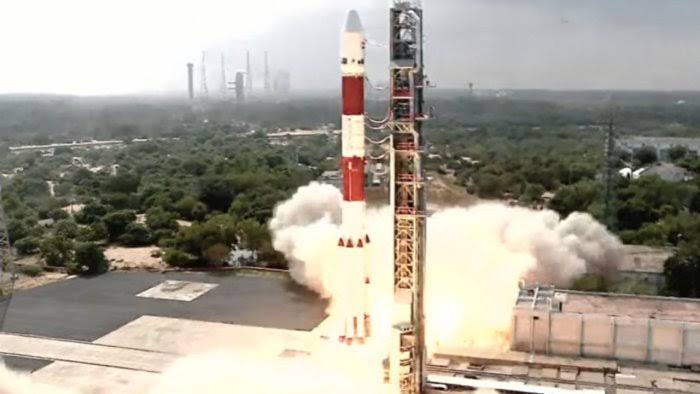 PSLV-C54 Takes Off From Satish Dhawan Space Centre In Sriharikota

The 44.4 meter rocket launched with a lift-off mass of 321 tonnes with its primary satellite being the Earth Observation Satellite-6, also dubbed the Oceansat-3.

The eight nanosatellites were developed by private companies and also jointly by India and Bhutan. The Earth Observation Satellite-06 is the third-generation satellite in the Oceansat series and is designed to provide continuity services of Oceansat-2 spacecraft with enhanced payload specifications as well as application areas.

The satellite will be deployed in the sun-synchronous orbit. They are synchronised to always be in the same fixed position relative to Sun.

PSLV-C-54 is also carrying Anand, a technology demonstrator nano satellite, which is aimed at demonstrating the capabilities and commercial applications of miniaturized earth-observation cameras.