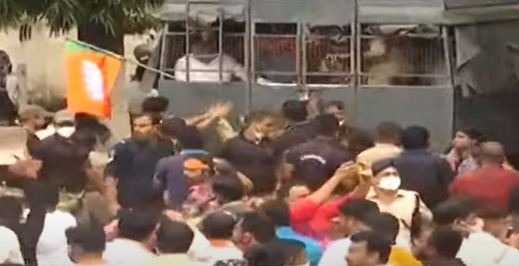 Bhubaneswar: Odisha BJP workers, who took out a rally demanding the resignation of Minister Dibya Shankar Mishra over his alleged involvement in the teacher Mamita Meher murder case, later engaged in a scuffle with the police here.

On Thursday, BJP Yuva Morcha took out a massive party rally to gherao the Odisha Assembly and then staged a protest at the lower PNG road.

However, police intervened and picked up the protesters to avoid any untoward incident.