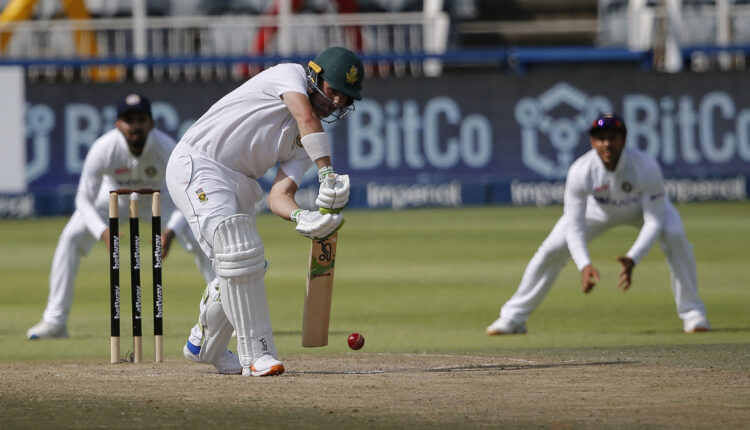 Johannesburg: Chasing 240 runs to win the first Test against India, South Africa batters continue to frustrate the visitors on Day 3 of the second tie at the Wanderers in Johannesburg.

Starting their second innings, Dean Elgar continues to frustrate the Indian bowlers as he is close to his half-century after South Africa lost their second wicket, scoring 118 runs.

For India Ravichandran, Ashwin and Shardul Thakur picked one wicket each.

Elgar added 47 runs for the first wicket with Aiden Markram followed by a 46-run stand with Keegan Petersen for the second wicket. For India Ravichandran, Ashwin and Shardul Thakur picked one wicket each.

Earlier, Hanuma Vihari remained not out with his 40-run knock as India were bowled out for 266 runs in their second innings.

The visitors made a good start on Day 3 but lost their way after the dismissals of Ajinkya Rahane (58) and Cheteshwar Pujara (53).

The pair registered half-centuries to take India’s lead past the 100-run mark. They were dismissed by Kagiso Rabada, who also took the wicket of Rishabh Pant. Apart from Rabada, Marco Jansen and Lungi Ngidi also picked three wickets each while Duanne Olivier took one.

No painkillers or paracetamol recommended after Covaxin jab: Bharat Biotech