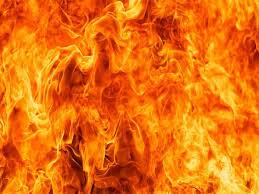 Jharsuguda: Property worth lakhs were gutted in a major fire that broke out at a mobile phone shop in Baxi Chhak in Jharsuguda district last night.

According to reports, the matter came to light after a police patrolling team spotted the fire at around 2 AM. On being informed, Fire personnel rushed to the spot and doused the flames.

However, many mobile phones and equipment worth around Rs 30 lakh were gutted in the blaze.

Mercury Dips Below 15 Degrees At 15 Places In Odisha