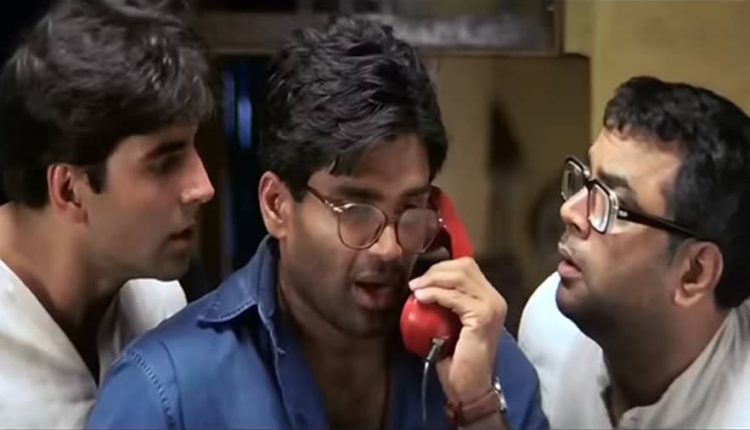 New Delhi: Hera Pheri starring Akshay Kumar, Suniel Shetty, and Paresh Rawal is all set for its third chapter. Producer Firoz Nadiadwala, in a recent interview, confirmed working on Hera Pheri 3 and also mentioned that it would have the original cast.

Talking to Bollywood Hungama, he stated, “You’ll get to see it very soon with the same star cast – Akshay ji, Paresh Bhai, and Suniel ji. The story is in place, and we are working on certain modalities. It’ll be made in the same way, retaining the innocence of the characters. We can’t take past achievements for granted. So, we have to be extra careful in terms of our content, story, screenplay, characters, mannerism etc.”

Hera Pheri was released in 2000 followed by Phir Hera Pheri in 2006. Both the films, over the years, have managed to gain cult status for their hilarious script and entertaining performances.