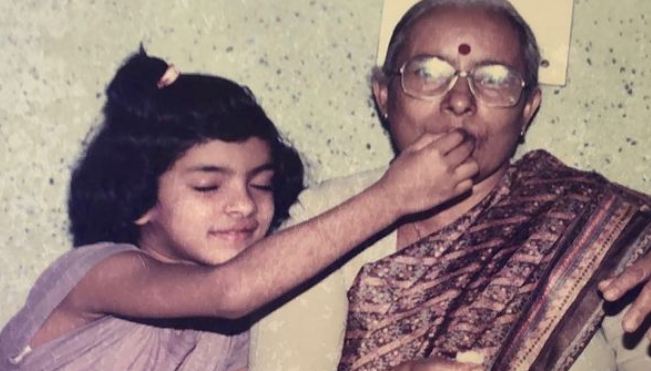 New Delhi: Global star Priyanka Chopra is quite active on social media and has been keeping her fans updated with several posts.

PeeCee took to social media to look back on older times and shared a childhood picture on her Nani’s birthday. Priyanka wrote, “All of 6, celebrating my Nani’s (maternal grandmother) birthday. She helped raise me while my mom and dad balanced studying and medical careers. She was a hugely consistent part of my upbringing. I feel so lucky that I had so many strong maternal figures in my life. I’m so grateful for you all. Miss you always Nani.”

Check Out The Picture below:

In the photo, baby Priyanka can be seen sitting next to her Nani. While, her cousin and mum Madhu Chopra are seated next to her. PC added, “Also @chickyp85 looking most adorable as always! PS- why do I look so diabolical in the first picture? Your thoughts? #mondaymusings #memories #motherfigures #nostalgia #just.”

On the work front, Chopra will next be seen in Jim Strouse-directed rom-com ‘Text For You’. She also has ‘Sangeet’, an unscripted series co-produced with her husband Nick Jonas, and the Hindi feature film ‘Jee Le Zaraa’, co-starring Alia Bhatt and Katrina Kaif.

Besides that, she also has an upcoming action film ‘Ending Things’ with Anthony Mackie, and Anthony Chen’s next directorial venture, based on Shilpi Somaya Gowda’s novel ‘Secret Daughter’.