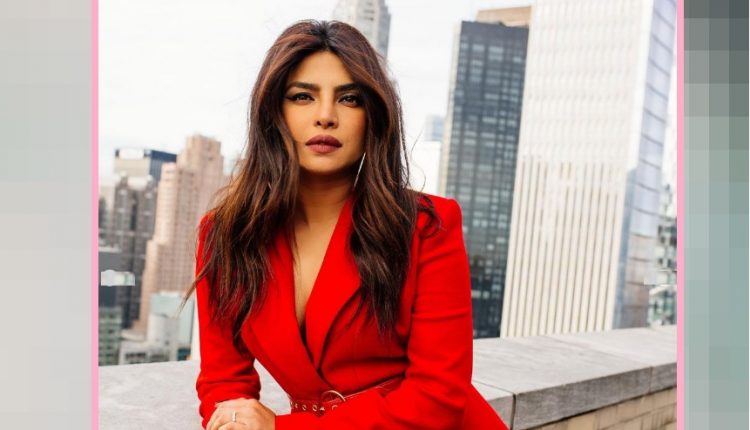 Priyanka Chopra Relishes Ice Cream On The Sets Of ‘Citadel’ With A ‘Bruised Face’: Shares Pic

Mumbai: Global star Priyanka Chopra is currently shooting for her upcoming Hollywood debut web series Citadel and has been often sharing glimpses from the set. Recently the actress dropped a picture of her bruised face as she enjoyed her lunch.

Sharing the picture on her Instagram story, the Mary Kom actress is seen eating ice cream for lunch and she wrote “Ice cream for lunch. Shoulda seen the other guy (winking emoji)” Priyanka’s face is seen covered with fake bruises and blood as she shoots for another action sequence for the series. 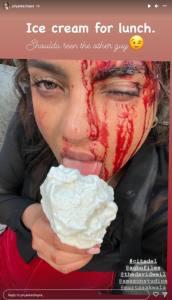 Meanwhile, talking about Citadel, it is helmed by the Russo brothers of the Avengers fame. It is one of the most-anticipated projects and Priyanka will be teaming up with Eternals star Richard Madden, it will premiere on Amazon Prime Videos.