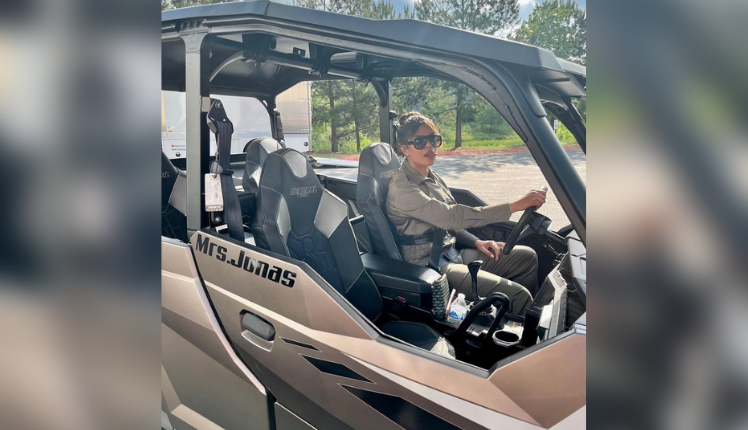 Atlanta: Actress Priyanka Chopra has been living her best time. In her recent Instagram post, she flaunted a picture of the cool brand new customised car that she got as a gift from her husband Nick Jonas.

She posted a photo of herself with the ride and called Nick the ‘Best husband’.

The car had ‘Mrs Jonas’ written on it. Priyanka captioned the snap, “Now that’s a ride (fire emoji)… thank you @nickjonas (heart emoji) always helping me with my cool quotient.” She added the ‘best husband ever’, ‘set life’, and ‘citadel’ as hastags to her post.

The ‘Fashion’ actor, who is currently busy shooting for the Amazon Prime Video series ‘Citadel’.

Meanwhile, earlier this year, Priyanka and Nick welcomed their first child. In January, their surrogate daughter Malti Marie arrived. Malti was in the NICU for 100 days before being reunited with Priyanka and Nick on Mother’s Day.