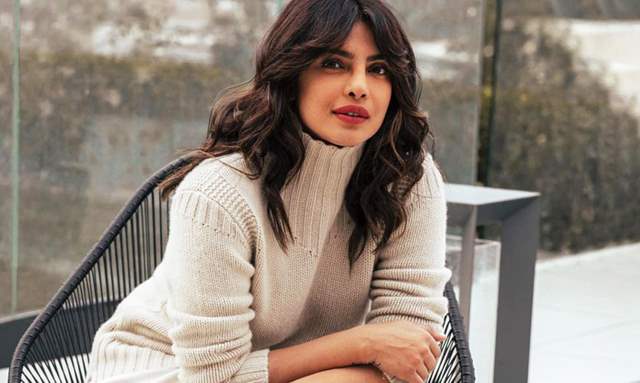 Mumbai: Priyanka Chopra has revealed her new tattoo to her fans. The actress took to her Instagram stories and shared her freshly done tattoos. 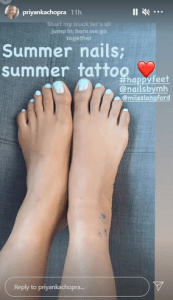 The Sky is Pink actress had her first tattoo for a long, which she had dedicated to her father Dr. Ashok Chopra. In 2012, the actress inked the words “Daddy’s lil girl” in his handwriting, just a year before he died after battling cancer. Priyanka, who was very close to her father, talked about the tattoo several times. Recently, in her memoir, Unfinished, Priyanka wrote that she got the tattoo done in Ibiza, Spain.

On the work front, Priyanka has wrapped up Text for You with Sam Heughan, Celine Dion, Russell Tovey, and Omid Djalili. She will soon be seen in an Indian wedding comedy with Mindy Kaling, which she is co-producing as well. Apart from this, she has Matrix 4 and a film based on the life of Maa Anand Sheela in her kitty. Priyanka is also working on the Amazon Prime series Citadel with Russo Brothers.