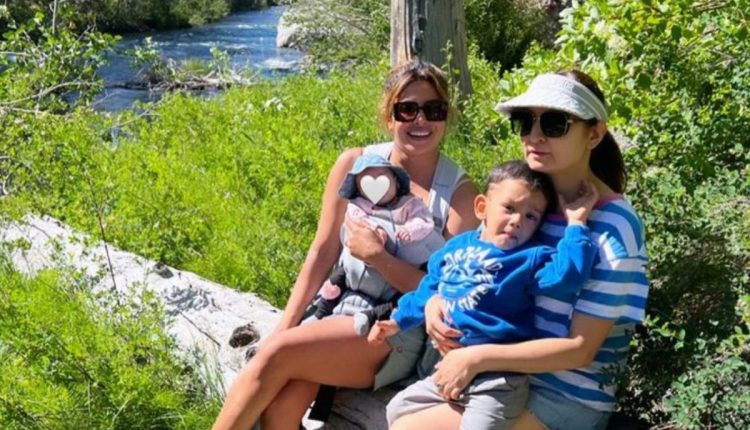 New York: Priyanka Chopra shared an adorable post for her best friend Tamanna Dutt. But that wasn’t the only thing that fans loved to see. The actress’s daughter Malti Marie Chopra-Jonas starred in the picture that has garnered online attention.

The new picture showed Priyanka and her friend, both posing with their babies in their laps, against a stunning natural backdrop. They were sitting on a log, while a river, blue skies, and large trees could be seen behind them. Priyanka captioned the photo, “22 years and counting.. and now with our babies.. love you.” She added the hashtags ‘best friends’, ‘friends like family’, and ‘godson’ in her caption.

Several of Priyanka’s fans took to the comments section to remark how ‘beautiful’ she looked in the picture, and how ‘adorable’ the babies appear to be. She also reposted an Instagram Story that showed her and Nick enjoying an evening at Lake Tahoe, where they were joined by her mother and other friends.

Actress Priyanka Chopra and International singer Nick Jonas welcomed their daughter earlier this year. The couple revealed that their daughter, who Priyanka and Nick reportedly named Malti Marie Chopra Jonas, was in the neonatal intensive care unit (NICU) for over 100 days before she made her way home on Mother’s Day.

Kareena Kapoor Khan Shares Pic As She Chill With Her Girl Squad: Check Out Here