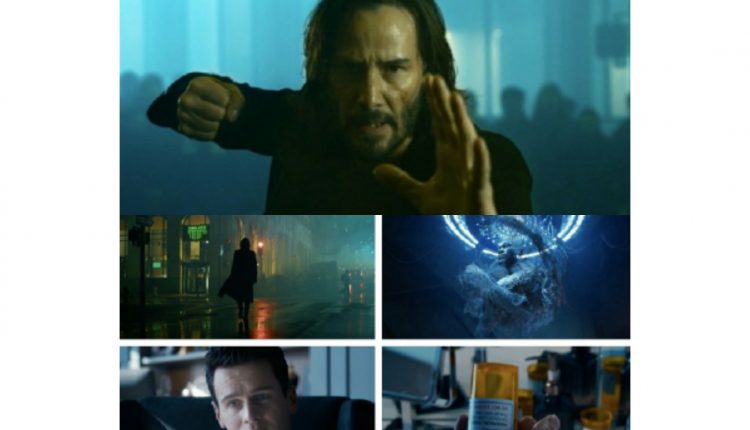 New York: Priyanka Chopra took to Instagram to announce the release date of ‘Matrix 4’. The makers of the film are all set to drop the trailer on the internet on September 09.

The caption of the post read, “Yep! it’s almost time to take that pill… Trailer Thursday at 6 AM PT (6: 30pm IST) Go ahead and click the link in my bio to experience it yourself. The choice is yours! #TheMatrixMovie @thematrixmovie”

In advance of the launch of the first trailer for “The Matrix Resurrections” on Thursday, Warner Bros. has launched an innovative website featuring an interactive and widely divergent first look at the newest installment in the 22-year-old franchise.

At WhatIsTheMatrix.com, users are greeted with the simple choice first presented in 1999’s “The Matrix”: Click on the blue pill, and stick to the reality you’ve known your whole life; click on the red pill, and signal that you’re ready to see how deep the rabbit hole goes.

In the context of the teaser, each choice presents users with two different angles on what appears to be the central story in “Resurrections” (as first teased to exhibitors during CinemaCon in August). Keanu Reeves’ Neo is back inside the Matrix, taking blue pills and seeing a therapist played by Neil Patrick Harris, until a man portrayed by Yahya Abdul-Mateen II steps into Neo’s life and gets him to see that his reality is just a mirage.

Users who click on the blue pill hear a voiceover by Harris’ character saying, “you’ve lost your capacity to discern reality from fiction,” before urging the user to accept that their reality is real, as the current time flashes on the screen and Harris reads it aloud, saying, “anything else is just your mind playing tricks on you.”

By contrast, users who click on the red pill hear Abdul-Mateen’s voice telling them that while they believe it’s the current time — again, with Abdul-Mateen eerily reading the time aloud — “that couldn’t be further from the truth.”