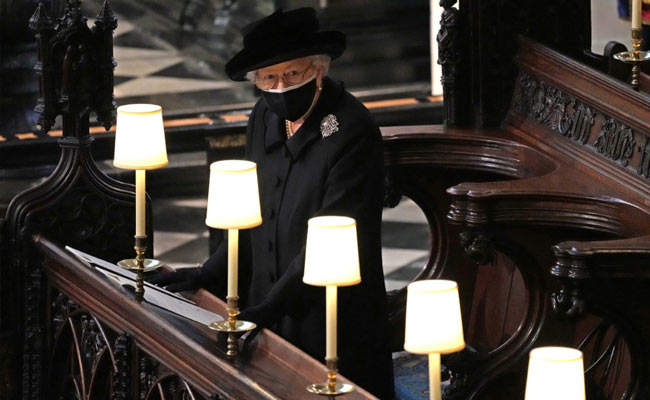 Windsor: Queen Elizabeth bade farewell to Prince Philip at a funeral on Saturday that celebrated his seven decades of service and gave grandsons William and Harry the chance to talk in public.

Elizabeth, dressed in black and in a white trimmed black face mask, stood alone, head bowed as her husband was lowered into the Royal Vault of St George’s Chapel in a service attended by senior royals including heir Prince Charles.

Prince Harry, who flew from the United States to attend the funeral, walked and talked with his brother William and wife Kate at the end of the service.

Officially known as the Duke of Edinburgh, Philip died aged 99 on April 9.