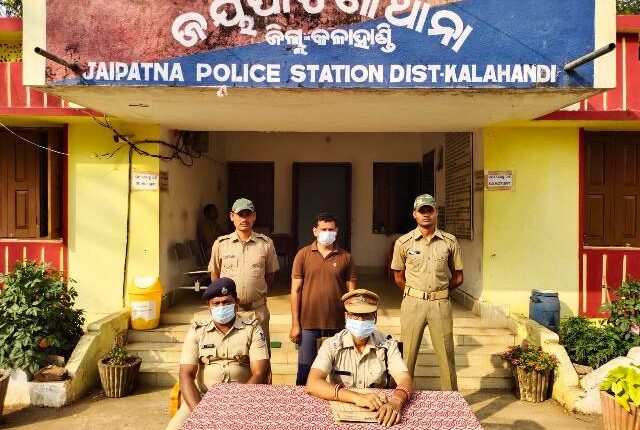 Kalahandi: A primary school teacher in Kalahandi district has been arrested on charges of making obscene photos of a woman viral.

The accused has been identified as Hanumant Majhi, a teacher in Pipaljhapar Primary School under Kalampur block in this district.

According to reports, a 35-year-old woman from Behernsil village lodged a complaint at Jaipatna police station that some of her obscene and defamatory photos and video clips were made viral through WhatsApp group by one unknown person.

On the basis of the plaint, Jaipatna police registered a case (50/21) under Sections 500 of the IPC and 66(E), 67 of the IT Act. Following investigation, the accused teacher was identified and arrested. The mobile phone used by the accused was seized and the accused was forwarded to court.