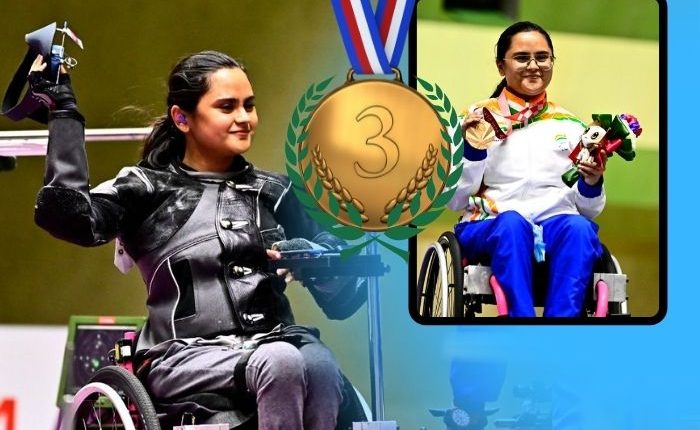 The President praised Lekhara for an outstanding feat at such a young age and lauded her consistency and commitment to succeed.

“Congratulations to Avani Lekhara for winning the bronze and becoming the first Indian woman to win two medals at #Paralympics. This is an outstanding feat at such a young age. Your consistency & commitment to succeed are an inspiration for all. Best wishes for future endeavours,” the President said in a tweet.

The Vice President of India praised Lekhara for her exemplary performances that reflect her hard work and determination.

“Avani Lekhara does it again! Many congratulations to her on bagging a #Bronze medal in the Women’s 50m Rifle 3P SH1 event at Tokyo #Paralympics 2020. Her exemplary performances reflect her hard work and determination. My best wishes for her bright future. #AvaniLekhara,” tweeted the Vice President.

The Prime Minister, Narendra Modi has congratulated shooter Avani Lekhara for winning the Bronze Medal at the Paralympics Games in Tokyo.

“More glory at the Tokyo #Paralympics. Elated by the stupendous performance of @AvaniLekhara. Congratulations to her on bringing home the Bronze medal. Wishing her the very best for her future endeavours. #Praise4Para”

With this medal, India’s total medal tally has risen to 12.
Noptably, this is Avani’s second medal in the ongoing Paralympics as she had won gold earlier this week.