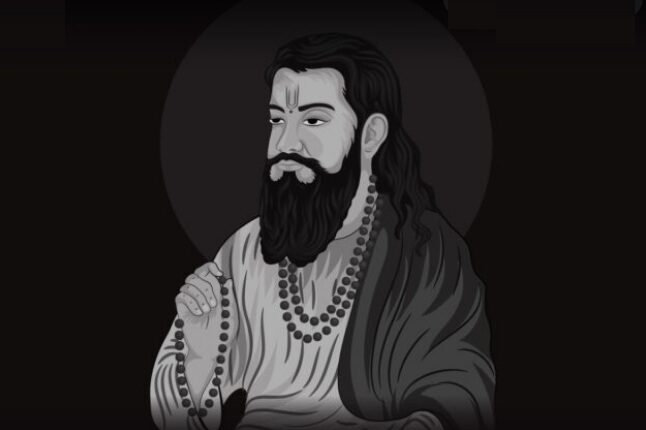 “Let us all contribute towards building a society based on equality, harmony, and coordination by following the path shown by Guru Ravidas ji,” the President tweeted 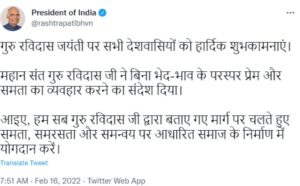 Ravidas, or Raidas, was an Indian mystic poet-saint of the bhakti movement during the 15th to 16th century CE.

Venerated as a guru (teacher) in the modern regions of Uttar Pradesh, Rajasthan, Gujarat, Maharashtra, Madhya Pradesh, Punjab and Haryana, he was a poet, social reformer and spiritual figure.

The life details of Ravidas are uncertain and contested. Scholars believe he was born in 1450 CE.

The Panch Vani text of the Dadu Panthi tradition within Hinduism also includes numerous poems of Ravidas. He taught removal of social divisions of caste and gender, and promoted unity in the pursuit of personal spiritual freedom.