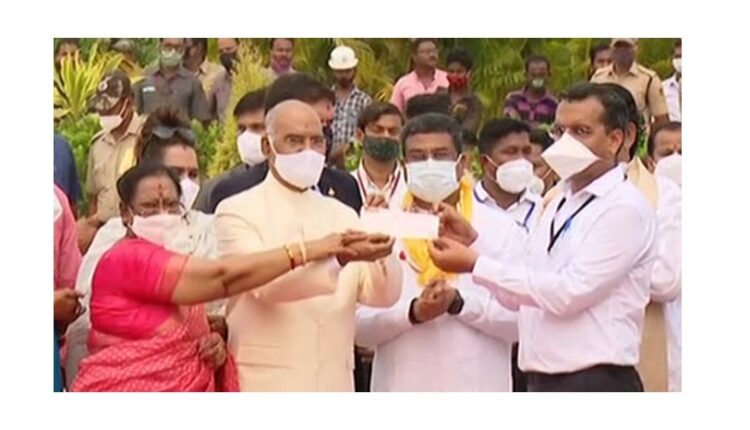 Puri: President of India, Ram Nath Kovind offered prayers at Lord Jagannath Temple here in Odisha and donated Rs 1 lakh for the development of the 12th-century shrine and the holy city.

Kovind is the first VVIP to enter Ratna Signhasan, to which public entry has been restricted since 2015.

After his darshan, the President donated the amount from his salary towards the fundraising drive for Puri Jagannath temple.

On February 27, three resolutions were passed in the State Assembly under the heritage corridor development project for Puri Lord Jagannath Temple and one of them was collection of funds from devotees around the world.

A day later, Union Minister Dharmendra Pradhan donated Rs 1 lakh from his salary for the development of the temple and also urged others to come forward for the noble cause.