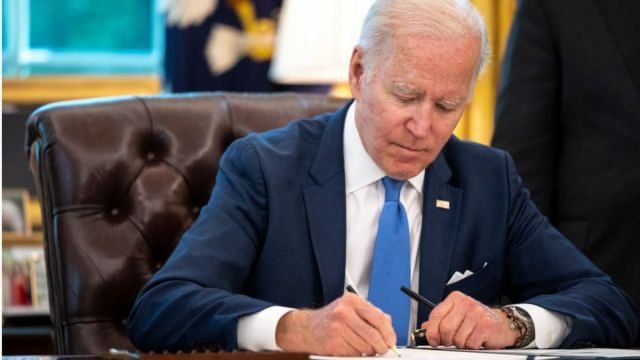 Washington: Amid the ongoing war between Moscow and Kyiv, US President Joe Biden on Saturday signed a USD 40 billion aid package for Ukraine that will provide security, humanitarian and economic assistance for the country.

The White House in a release today said that Biden signed the measure while abroad in Asia. The Senate voted to pass it on Thursday. With the passage of the recent aid package, the total assistance given by the US this year has reached USD 54 billion, The Hill reported.

The President had asked Congress at the end of April to authorize an additional USD 33 billion for Ukraine as he exhausted the drawdown authority from the last bill passed in March. The figure lawmakers ultimately landed on was higher.

“Yesterday, I spoke with my Ukrainian counterpart @oleksiireznikov. We discussed Ukraine’s military requirements ahead of Monday’s US-hosted Ukraine Defense Contact Group meeting — a follow up from our meeting in Ramstein — which will include defense representatives from 40+ countries,” he tweeted.