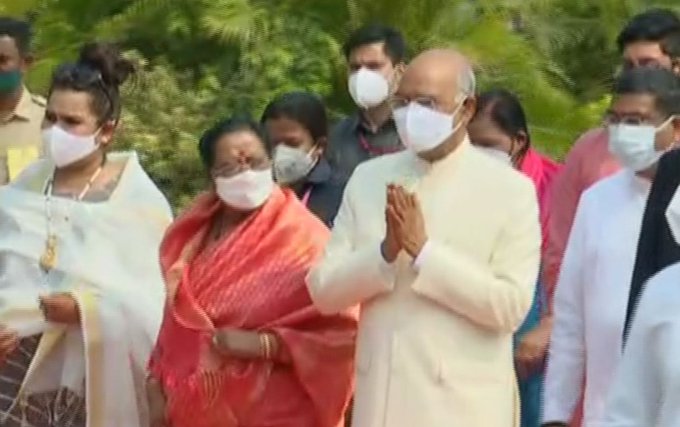 During his 40-minute stay in the shrine, he entered the sanctum sanctorum to have darshan of the Lords close to Ratna Singhasan (bejewelled throne).

Kovind is the first VVIP to enter Ratna Signhasan, to which public entry has been restricted since 2015.

The temple remained shut for the public during his visit. Some selected servitors and temple officials with entry passes were allowed into the shrine.

This is Kovind’s second visit to the Jagannath Temple after becoming President. On March 18, 2018, he along with the First Lady had visited the shrine.

After darshan of the trinity, the President will visit to the Sun Temple at Konark at 10.45 where he will spend around 30 minutes before heading towards India Oil Foundation Trust Interpretation Centre.

Kovind will have a brief stay at OTDC Jatri Nivas from 12 noon to 4 pm. He will reach Bhubaneswar airport at 4.45 before flying back to New Delhi in the evening.

Separated Conjoined Twin Jaga To Be Shifted Out Of SCB