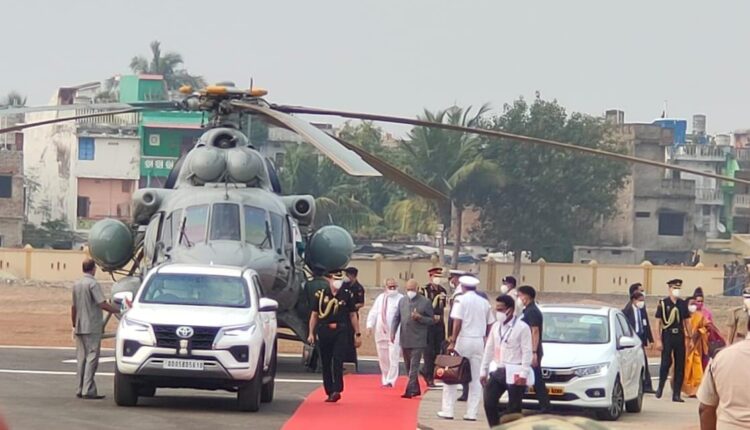 Bhubaneswar: Ahead of his two-day visit to the pilgrim town of Puri, President Ram Nath Kovind arrived in Bhubaneswar in a special Indian Air Force flight on Saturday.

Soon after his arrival at the helipad, President Kovind proceeded to the Raj Bhavan at Puri by road.

As per the schedule, President Kovind visited the Puri Jagannath Temple. During the VVIP’s visit, no devotees were allowed inside the shrine.

The Shree Jagannath Temple Administration (SJTA) had also released a SOP in this connection.

Kovind is scheduled to visit the Sri Chaitanya Goudia Mutt to offer tributes to Srimad Bhaktisiddhant Goswamy Prabhupad tomorrow. He will also inaugurate the three-year-long celebrations of the 150th birth anniversary of the founder of the Goudiya mission.

Around 40 platoons of police force will be deployed for the overall security arrangements during the President’s visit to the pilgrim town.

Elaborate security arrangements have been put in place for the smooth visit of the first citizen of the country.