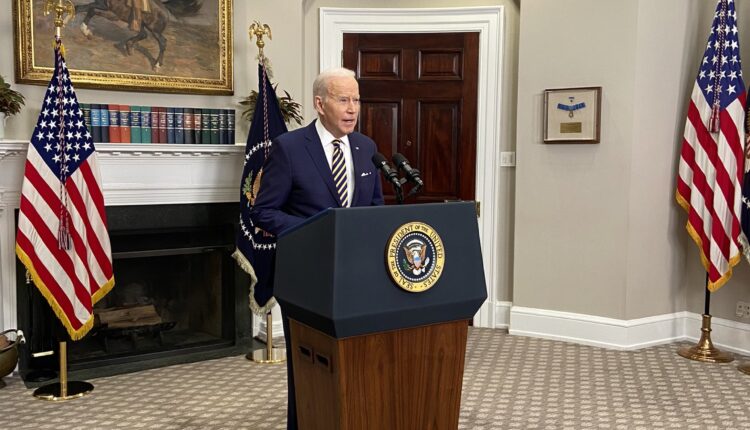 Washington: President Biden on Tuesday announced a U.S. ban on Russian oil and gas imports over the Russia’s invasion of Ukraine.

“Today, I am announcing the United States is targeting the main artery of Russia’s economy,” the president said.

“We’re banning all imports of Russian oil and gas energy. That means Russian oil will no longer be accepted in U.S. ports, and the American people will deal another powerful blow to Putin’s war machine.”

According to US media reports, the ban will include Russian oil and liquefied natural gas. Washington’s European allies, who are more reliant on Russian energy than the United States, will not participate — at least for now.

Russia accounts for less than 10 per cent of US imports of oil and petroleum products, which means the impact on the world’s largest economy would be easier to bear.

The United Kingdom is expected to announce Tuesday that it will join the U.S. in ultimately banning Russian oil. A French official said the European Union, which relies more heavily on Russian energy, is not expected to join the U.S. and the U.K.

In December, Russian oil accounted for less than 5% of total U.S. oil imports, according to the Department of Energy, making the U.S. far less dependent on Russian energy than its European counterparts. Nonetheless, analysts have predicted that banning Russian imports could cause the price of oil — already high — to climb to new all-time highs.