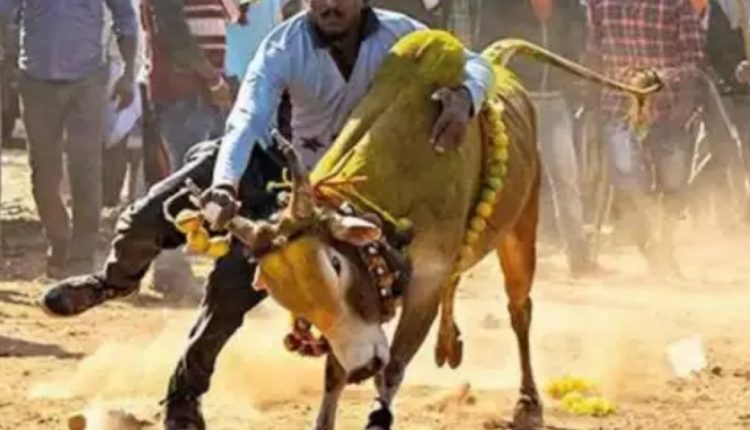 Chennai: Preparations for traditional bull-taming sport ‘Jallikattu’ competition began in Trichy here. The competition is scheduled to be held on 16th January in Suriyur village, on the occasion of ‘Matupongal’.

Jallikattu, also known as eru thazhuvuthal and mañcuvirattu, is a traditional event in which a bull (Bos indicus), such as the Pulikulam or Kangayam breeds, is released into a crowd of people, and multiple human participants attempt to grab the large hump on the bull’s back with both arms and hang on to it while the bull attempts to escape. Participants hold the hump for as long as possible, attempting to bring the bull to a stop. In some cases, participants must ride long enough to remove flags on the bull’s horns.

Jallikattu is typically practised in the Indian state of Tamil Nadu as a part of Pongal celebrations on Mattu Pongal day, which occurs annually in January.

As there were incidents of injury and death associated with the sport, both to the participants and to the animals forced into it, animal rights organizations have called for a ban on the sport, resulting in the court banning it several times over the past years. However, with protests from the people against the ban, a new ordinance was made in 2017 to continue the sport.