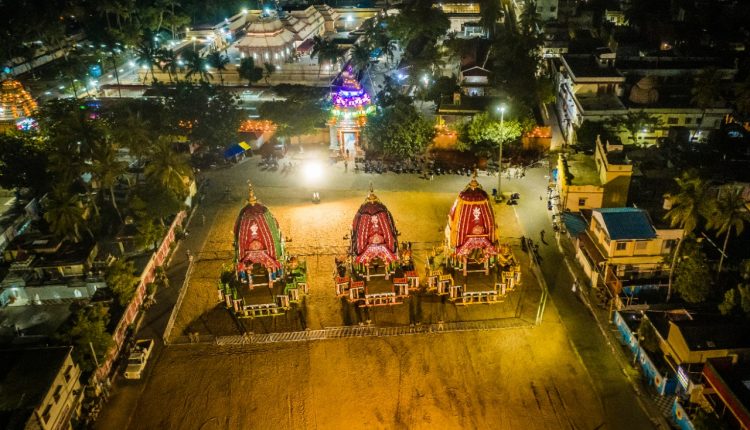 Puri: While Odisha Government has imposed a curfew in Puri town starting from 8 pm on Monday, the preparations for the forthcoming Bahuda Yatra are in full swing.

Puri Muncipality is preparing a list of the people residing in the houses which are situated in both sides of the Grand Road (Bada Danda).

Like Ratha Jatra, prohibitory orders under Section 144 (CrPC) will be clamped in Puri from 8 pm on Monday in view of the Bahuda Yatra. No one will be allowed to witness the Yatra from rooftops.

Meanwhile, the three auspicious chariots of the deities-Jagannath, Balabhadra and Subhadra have taken their southern turning-around- ‘Dakshina Moda’, for their return journey.