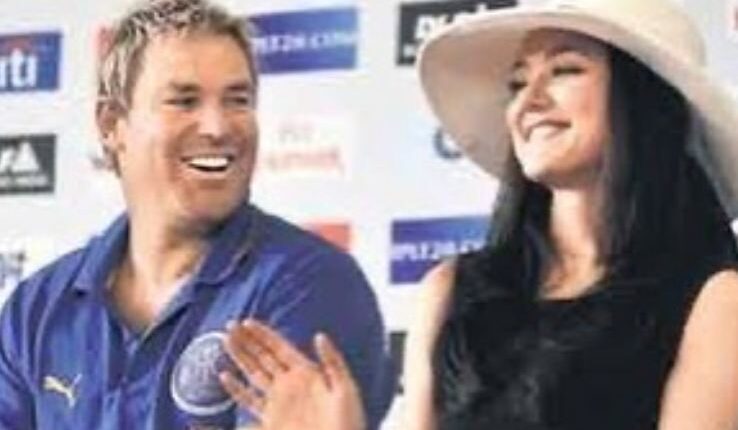 Mumbai: Bollywood actress Preity Zinta mourned the death of legendary cricketer Shane Warne who passed away on Friday at the age of 52.

Taking to her Instagram handle, the actor posted a picture that features her along with Warne. In the post’s caption, Preity remembered Warne by sharing memories of the legendary spinner.

She wrote: “So sad to hear that Shane Warne is no more. He was a magician on the field and such a charismatic and flamboyant personality off the field. I learnt so much about cricket from him every time I met him during the IPL and laughed a lot.”

“He was an inspiration to so many all over the world. My heartfelt condolences to his family. R.I.P my friend. You will be missed. #Legend #RIP #Gonetoosoon,” added Preity.

Australian cricketer Shane Warne passed away on the evening of March 4 in Thailand. The cricketer died of a suspected heart attack. He was 52. Soon after the news of Warne’s death, the world was left shocked and numb. Social media is flooded with fans expressing grief and paying tribute to the legendary cricketer, Bollywood is no different. Several Bollywood celebrities took to social media and expressed shock at the cricketer’s sudden demise.