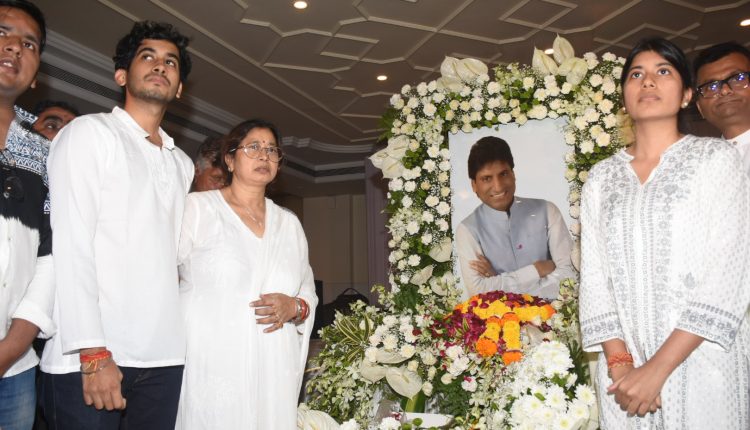 Mumbai: A prayer meet was organized at a temple in Mumbai in remembrance of the comedy king Raju Srivastav who died on September 21 at AIIMS-New Delhi.

Celebrities across Bollywood visited the venue and offered prayers for the late comedian. Jonny Lever who was present at the event termed Raju’s departure as huge loss for comedy.

Kapil Sharma, Bharati Singh, who had spent good times with the actor in many shows, were seen misty-eyed.

Raju’s wife broke down during the event. ‘My life has ended. There is nothing left to say,” she said with a teary-eye.

The comedy King who battled for 41 days at the hospital due to cardiac arrest finally died on September 21. He had fallen sick while he was working out in a gym following which he was hospitalized.