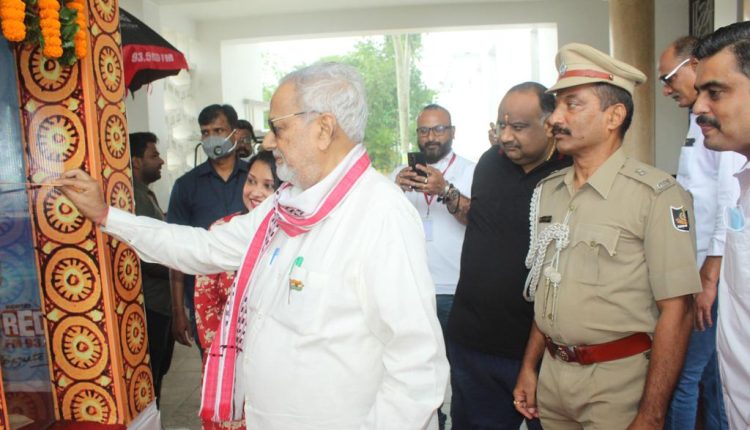 Bhubaneswar: Mahaprabhu Jagannath has been accepted in high esteem all over the world. No matter whether the devotee is poor or rich, a labourer or a supreme leader. 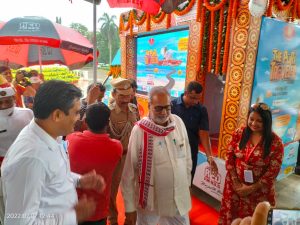 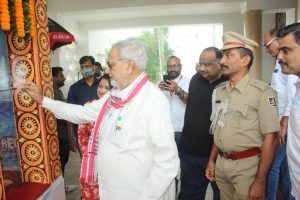 Lord Jagannath is everyone’s love and with the view to rediscovering the communication with the Lord of the World during this year’s Rath Yatra, Pragativadi & 93.5 RED FM are on a unique campaign “Kalia Ku Chithi”, in which, Odisha Governor Professor Dr Ganeshi Lal participated on Thursday giving momentum to the initiative. 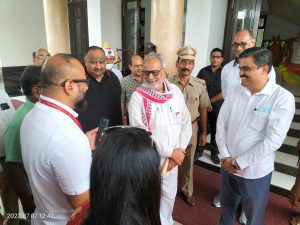 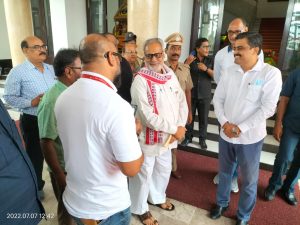 Professor Lal dropped his handwritten letter, addressed to Lord Jagannath and lauded Pragativadi and RED FM for such a unique initiative. As part of the campaign, a beautifully-designed canter van reached Raj Bhavan this morning and collected a handwritten letter from Odisha Governor.

Speaking on this occasion, Prof Lal praised the initiative and said,” It is such a unique way to convey our messages to the Mahaprabhu. Not only elderly people, but little children should also participate and write letters to the Lord.” 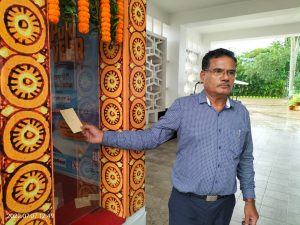 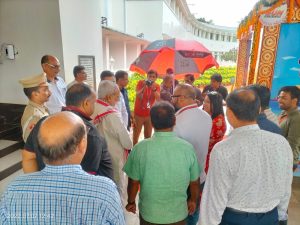 The campaign also witnessed participation in large numbers as the entire staff of Raj Bhavan joined and dropped their letters addressing the All-Mighty God.

Executive Editor of Pragativadi, Birupakhsya Tripathy, Digital & IT Chief Biswaprakash Patnaik and RED FM Odisha Head, Manas Pattanayak were present on this occasion as they meet the Governor and thanked him for participating in this initiative. 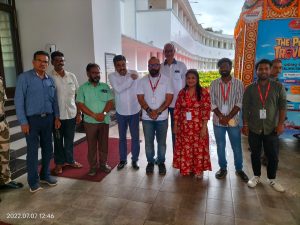 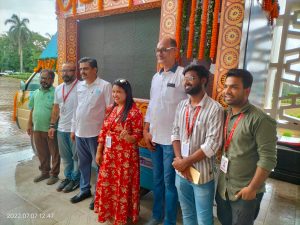 The Personal Secretary to Governor, Himanshu Narayan Patnaik, and Additional Cheif Secretary to the Governor, Chittaranjan Mohanty were also present on this occasion and dropped their handwritten letters for the Lord.

The van is on the move across the twin cities of Cuttack and Bhubaneswar and also the city outskirts, collecting over 10,000 handwritten letters from scores of devotees and will deliver these letters to Lord Jagannath on the 10th of July, on the day of the Holy Trinity’s Golden attire (Suna Besha).