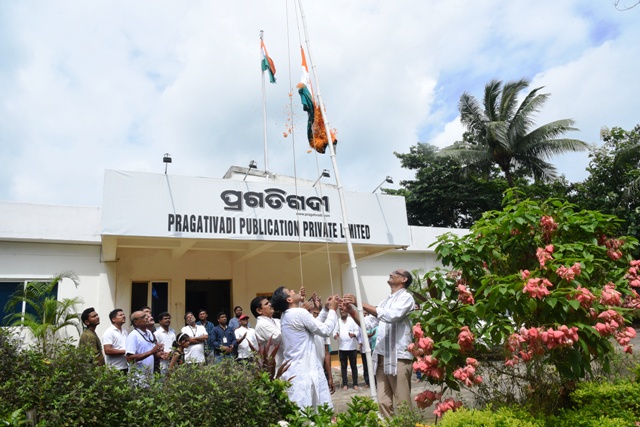 Bhubaneswar: The 76th Independence Day was celebrated on the Pragativadi office premises in Bhubaneswar on Monday. 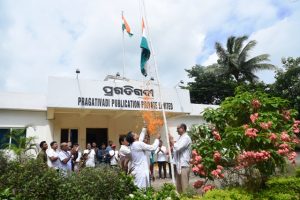 IT Chief of Pragativadi Biswaprakash Patnaik unfurled the Tricolour in presence of Executive Editor & Publisher Birupakshya Tripathy and other staff members of Pragativadi. 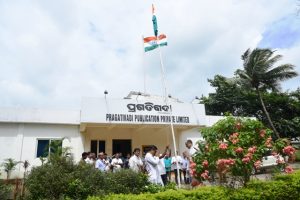 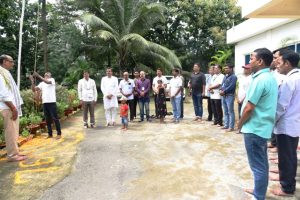 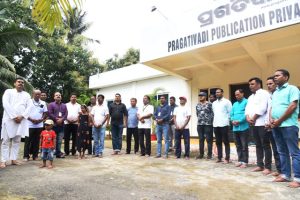 Coordinating the celebrations, Feature Section Head Sashibhusan Sahoo and Jagannath Padhi elaborated on the significance and importance of Independence Day and also remembered Odisha’s martyrs, who fought for India’s freedom. 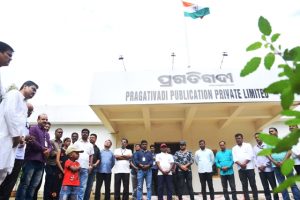 Several other staff members of Pragativadi, who were present on the occasion, also paid rich tributes. 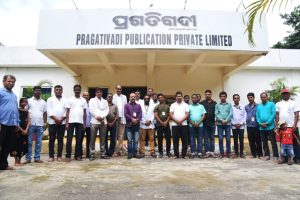 India is celebrating 75 years of Independence with more than 20 crore flags likely to be hoisted atop houses across India as part of the ‘Har Ghar Tiranga’ campaign under the aegis of Azadi Ka Amrit Mahotsav.