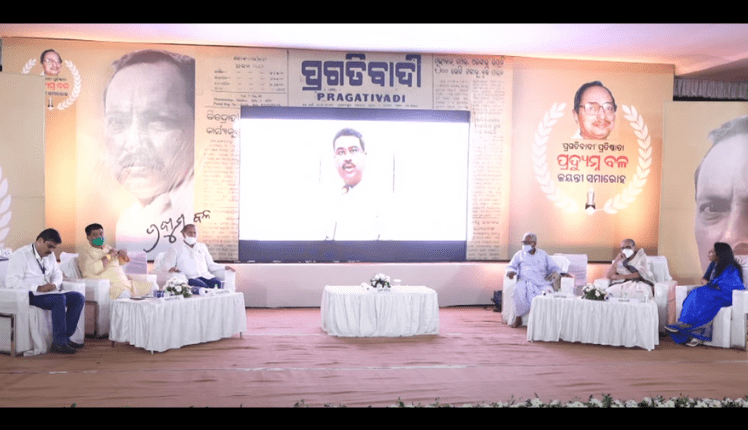 Pradyumna Babu Was A Paradigm Of Ethical Politics And Journalism: Dharmendra Pradhan

Extending his commendation towards Mr Bal, Union Minister Pradhan said that Pradyumna Babu was a paradigm of ethical politics and journalism based on strong foundations of true democratic values.

Speaking on this occasion, Pradhan said,” Value of journalism should tend to Pragativadi because criticism in a perfect way paves strength for the government and the voice of people, and the same speaks volumes about Pradyumna Babu’s visionary leadership. It is not mandatory that my ideology or my viewpoint should match with the newspaper, but the way of publishing news should drag opponent to enhance their quality.”

“I personally like the way, Birupaksya Tripathy, Executive Editor of Pragativadi leads his team and follows the path of Pradyumna Babu. His contribution to journalism and education will always be remembered with reverence,” he said.

“As a result of his efforts, Pragativadi moved on from being weekly to a leading Odia daily newspaper and created an identity for itself. I am very happy that Pragativadi is helping the poor and needy people,” he added.