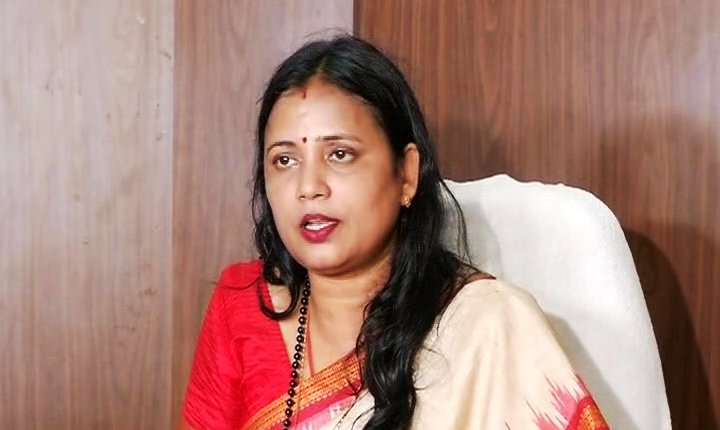 Bhubaneswar: Biju Janata Dal (BJD) Spokesperson Sulata Deo has alleged that Pradeep Panigrahi is resorting to lies after being sacked from the party. She reiterated that law will take its own course and he will be punished for his wrongdoings.

Deo said, “When the entire population of Ganjam was fighting the dreaded Coronavirus, Panigrahi and Pathak family flew outside the state in chartered flights to lounge in star hotels. He even lied people that Akash Pathak was serving as MD in TATA Motors.

Deo alleged that Panigrahi’s bank accounts showed that he accumulated over Rs 2.5 crore in six months from liquor and sand mafia. Saying that people of Odisha will never tolerate Panighrahi’s misdoings, Deo added that Akash Pathak had collected huge money from the people of Ganjam by lying that he was serving as MD of TATA Motors.

The BJD Spokesperson said she is also a mother but could not believe how Pradeep Panigrahi and his wife decided to give the hand of their only daughter to a fraudster like Akash Pathak. She said Akash was the main pivot of his father and Pradip Panigrahi in the illegal work.

Deo said there were reports that the marriage ceremony of Panighrahi’s daughter & Akash was due to be held at Lake Palace at a cost of over Rs 15 crore. She questioned the accumulation of such a huge amount of money and to whom they actually belong?

The BJD Spokesperson said the fraudulent practices of Panigrahi must be thoroughly investigated and the guilty must be given exemplary punishment. She believed that the poor and marginalized people of Ganjam must get justice.

Another 629 COVID-19 patients recover in Odisha