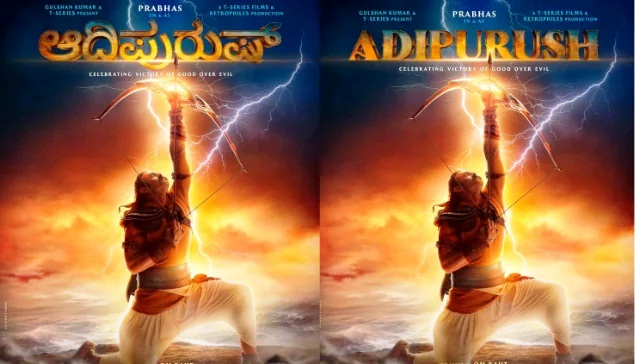 Prabhas shared a glimpse into the world of “Adipurush”, a big-screen adaptation of the Hindu epic Ramayana.

“Aarambh,” the “Baahubali” star wrote in the caption of the poster.

A muscular Prabhas, dressed in armour as Lord Ram, is seen aiming his arrow at the sky as lightning strikes and thundering waves splash the shore.

The 42-year-old actor also invited fans for the on-ground release of the poster and teaser of “Adipurush” on Sunday in Ayodhya, the birthplace of Lord Ram.

“Join us as we embark on a magical journey on the Sarayu River Bank in Ayodhya, UP. #AdipurushInAyodhya. Unveil the first poster and teaser of our film with us on Oct 2 at 7:11 PM!” he further wrote in the post.