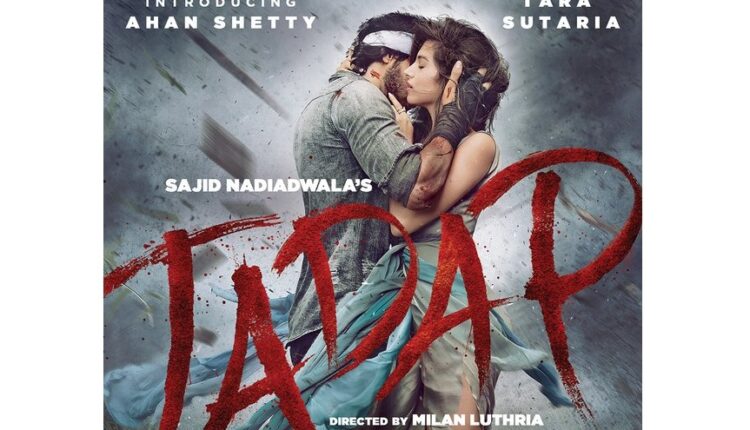 Akshay Kumar took to his Twitter handle and announced the same passing on their good wishes to Suniel Shetty’s son, Ahan. The idea is to reveal the release date of the film as also the arrival of Ahan to the Hindi film industry.

Big day for you Ahan…I still remember seeing your father, @SunielVShetty’s first film, Balwaan’s poster and today I’m presenting yours…. so happy and proud to share the poster of #SajidNadiadwala‘s #Tadap *ing #AhanShetty and @TaraSutaria, releasing in cinemas on 24th Sept! pic.twitter.com/UQZWV7i4Pm

Ahan Shetty will mark his entry in Bollywood with the Hindi remake of Telugu hit ‘RX 100’. Filmmaker Sajid Nadiadwala, who has bought the remake rights, will produce this film and launch Ahan as an actor. The remake has been titled ‘Tadap’ and features Tara Sutaria as the leading lady opposite Ahan.

Born on December 28, Ahan Shetty is Suniel and Mana Shetty’s second child after Athiya Shetty. Having wrapped his education, Ahan is now focusing on his big Bollywood debut. He will soon follow his father’s footsteps into the industry and has bagged a dream debut.

Vishnu Vishal And Jwala Gutta To Get Married On April 22