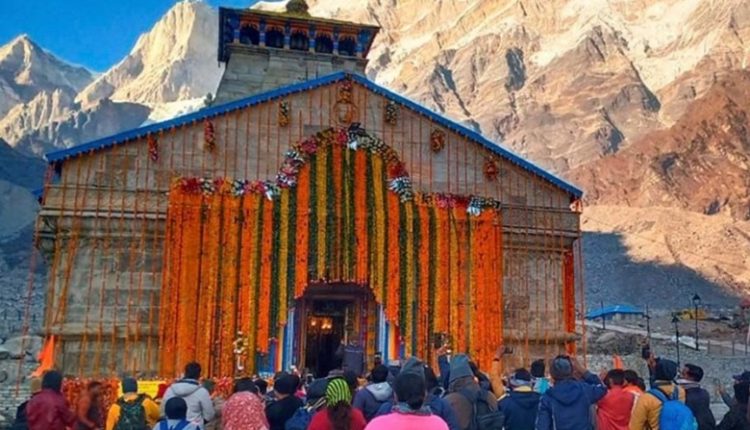 Dehradun: The portals of Kedarnath Shrine in Uttarakhand were opened for devotees on Friday. Kedarnath’s Rawal Bhimashankar Linga opened the doors of Baba Kedar at 6.25 am.

Prime Minister Pushkar Singh Dhami along with his wife was among the first to offer prayers at the Shrine.

The portals of Badrinath and Hemkund Sahib in Chamoli will open on May 8th and 22nd. The Char Dham shrines remain closed for about six months each year. They open in April or May and close in October or November.

Located on the bank of the Mandakini river, Kedarnath Temple is the of the four ancient pilgrimage sites referred to as ‘Char Dham’ which also include Yamunotri, Gangotri and Badrinath. Built in the eighth century AD by Jagad Guru Adi Shankaracharya, Kedarnath Temple is dedicated to Lord Shiva.