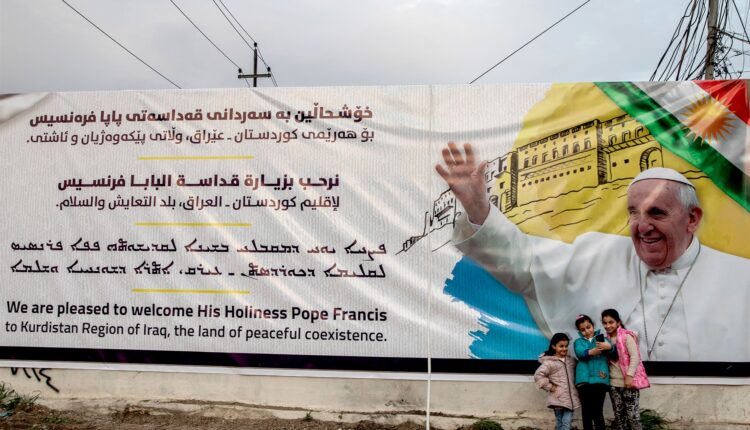 Najaf: Pope Francis, arrived in Iraq on Friday (local time) for a historic four-day tour of the war-torn country and will meet with its top cleric Grand Ayatollah Ali al-Sistani, a popular Shia Muslim figure, on Saturday.

The Pope’s encounter with Grand Ayatollah Ali al-Sistani, the spiritual leader of millions of Shia Muslims, is taking place in the holy city of Najaf.

It is the Pope’s first international trip since the start of the pandemic – and the first-ever papal visit to Iraq.

The meeting between the 84-year-old pope and the 90-year-old ayatollah is a profound statement about the importance of tolerance and dialogue in a turbulent region where too many people believe violence is a solution to fix broken societies. Both Francis and Sistani have consistently condemned violence committed in the name of religion.