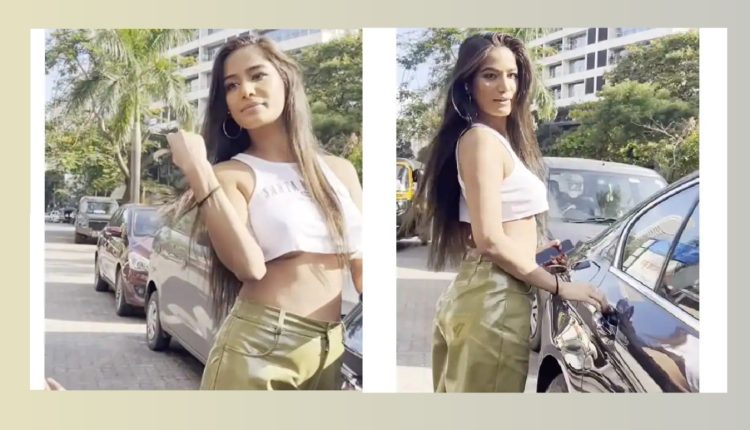 On Saturday, the Nasha actress was captured by the paparazzi in Mumbai, and she stunned onlookers by going braless in a white crop top. Poonam posed for the lens like a boss, and she even posed with her fans for selfies.

However, as soon as the pictures and video got surfaced online, the actress was slut-shamed and brutally trolled by netizens for flaunting her assets.

A user joked, “Undergarments ka kharcha hi nahin ha.” Another user mocked her saying, “Chi andar kuch peheni nhi kya.” One of the user wrote, “Kuch to pehan leti sab kuch dikh raha.” One of the user supported her as well. “She dont wear bra it’s okay it’s her choice.. We live in Democracy .. What she like or no it’s up-to her. If u find her ugly then don’t see her and give ur opinion cos she f*****g don’t care.”