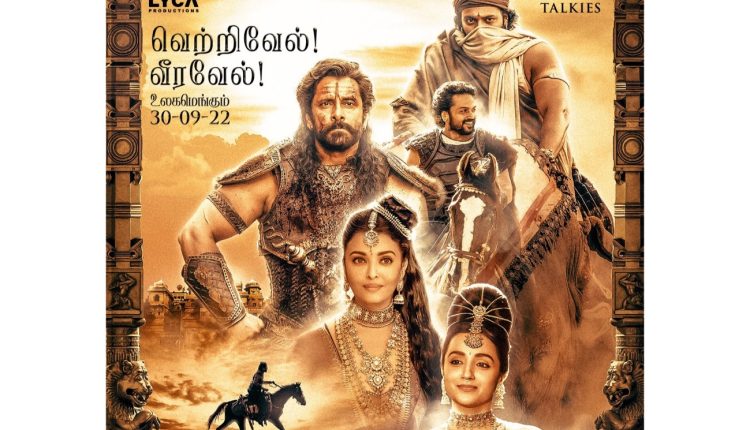 Chennai: Mani Ratnam’s Ponniyin Selvan: I has overtaken two hits in Bramhastra Part One- Shiva and Vikram to emerge as the third-highest-grossing Indian film of the year. The film, buoyed by strong earnings overseas, has collected in excess of ₹450 crore worldwide, eclipsing the marks set by both Brahmastra and Vikram so far.

Ponniyin Selvan: I is a historical epic based on kalki’s eponymous Tamil novel from 1954. The film tells the story of the early days of Arulmozhi Varman, who would later become the great Chola king Raja Raj I. The film stars Vikram, Aishwarya Rai, Jayam Ravi, Karthi, Trisha Krishnan, and Aishwarya Lekshmi among others. As per trade sources, the film has earned ₹455 crore gross worldwide as of September 17, which includes an impressive haul of ₹161 crore ($20 million) from overseas alone. In comparison, Ayan Mukerji’s Brahmastra has earned ₹431 crore globally and Kamal Haasan-starrer Vikram has grossed ₹443 crore.

PS1’s earnings, however, are dwarfed by the massive global hauls of two blockbusters from the south. SS Rajamouli’s sensational historical action film RRR earned ₹1112 crore worldwide, while Kannada film KGF: Chapter 2 has broken all industry records with a haul of ₹1207 crore. It’s safe to say PS1 will not reach anywhere near these numbers. Regardless, the film has been massively successful and is now the second-highest grossing Tamil film of all time, behind only Rajinikanth and Akshay Kumar’s 2.0, which had made over ₹700 crore.