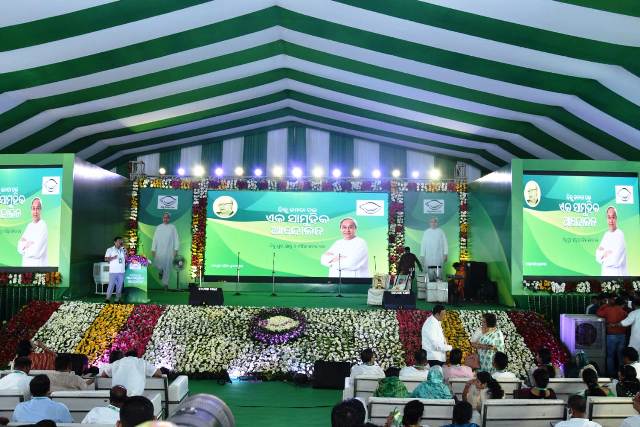 Bhubaneswar: Chief Minister and BJD president Naveen Patnaik on Friday called upon his party leaders and workers to work for the welfare of the people collectively.

Addressing party leaders and workers who gathered at Baramunda ground for the preparation of Jan Sampark Padyatra, Patnaik said through a video link that politics is just medium to serve people.

“We should collectively work for the people. Politics is done during the election. But, once it is over, we should get united and work for the State’s welfare,” he added.

As a regional party, the BJD has been giving priority to the Odisha’s legitimate interest always and will continue to do so in future, he said.

“Our party has always been supporting the people and remains with them during tough time. We will go ahead with such commitment,” Patnaik maintained.

He advised the party men to reach every person with the government’s welfare schemes and seek their blessings.

BJD organisational secretary Pranab Prakash Das called upon the district and block level leaders to take the message of Odisha’s progress to the people. The growth of the state in every spehere is possible only due to the strong and clean leadership of CM Naveen Patnaik, Das maintained.

All the ministers, MLAs and MPs and others presented in the mega meeting.