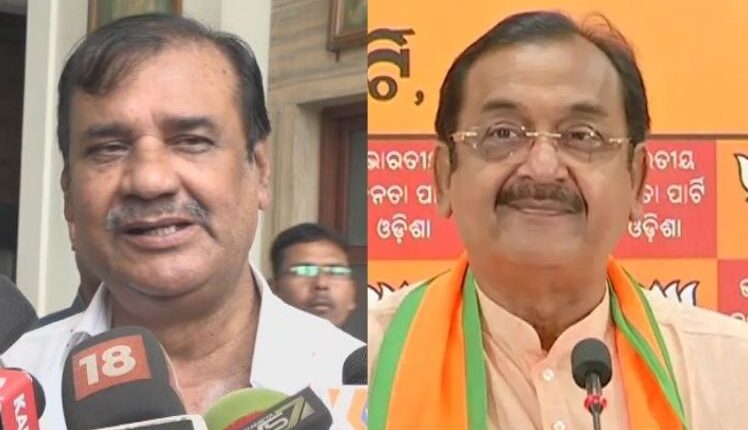 Bhubaneswar: A political slugfest between the ruling BJD and the Opposition BJP in the State surfaced after the Centre opposed Odisha’s Lingaraj temple ordinance on Wednesday.

State Minister Ashok Panda has put a question mark over the Centre’s motive in this regard while the State BJP has clarified that the Centre is not opposing developmental activities, rather those should be conducted as per the legal procedures enshrined in the constitution.

“Is AMASR Act being followed properly at Kashi Bishwanath, Somnath and Kedarnath temples? During landslides, construction works were carried out in the prohibited areas of these temples to extend different kinds of facilities to the devotees visiting these shrines. Then why a different kind of rules is set for the developmental activities around Lingaraj temple?” asked Panda.

He further said, “The Central government undertook the development of Kashi Vishwanath, Kedarnath, and Somnath for the benefit of devotees. Has that all been done in conformity with the Ancient Monuments and Archaeological Sites and Remains Act, 1958 (AMASR Act)?”.

Retreating back to Minister panda, Odisha BJP President Samir Mohanty said,“We have a constitution in place. Law should be interpreted properly and every developmental activity should be undertaken as per the law.”

It is pertinent to mention here that the Centre has sought clarifications on certain clauses of the State government’s Shri Lingaraj Temple Ordinance as it feels the proposed law is outside the competence of the State legislature as it could conflict with the AMASR Act since it covers 12 Centrally-protected monuments, including the Shri Lingaraj Temple and three ancient tanks.