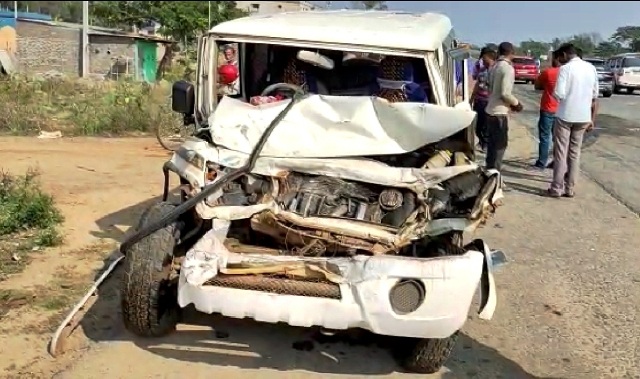 Balasore: As many as four policemen were seriously injured when a passenger bus collided head-on with a West Bengal police van near Jamujhadi Bridge on National Highway 16 under Simulia police station in Balasore.

According to sources, the police personnel from West Bengal were en route to Dhenkanal this morning when a passenger bus moving towards Bhubaneswar collided with head-on with the police van near Jamujhadi Bridge. As a result, four police officers were seriously injured.

The locals first took them to Simulia hospital and later they were shifted to Balasore District headquarters hospital as their health condition worsened. While all the passengers on the bus were reported safe, both the police van and the bus were partially damaged in the collision.

The identities of the injured police personnel are yet to be ascertained and Simulia police are investigating the incident, the source said.

Two Killed In Collision Between Bikes In Bhadrak

Another 147 COVID-19 patients recover in Odisha