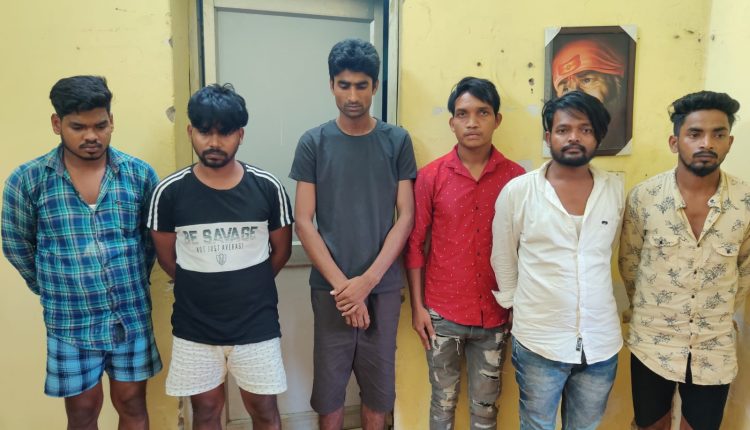 Bhubaneswar: Saheed Nagar police on Sunday arrested six people in two separate cases and seized one quintal of cannabis and 40 grams of brown sugar from them.

According to reports, police intercepted four youths who were coming from Kandhamal in a car and seized around 1 quintal of ganja stashed in the vehicle at Vani Vihar square.

The arrested have been identified as Babul Ganda (23), Dibas Kanhar (24), Buna Kanhar (20) from Odisha;’s Kandhamal district and SK Mohammad alias Tuna (30), a native of Bihar state.

While the three accused were smugglers, SK Mohammad used to buy cannabis from them and peddle it in Cuttack, Chhatrapur and Puri, the police said.

In another similar incident, police raided Shantipalli Basti (Slum) in the city and apprehended to persons involved in the brown sugar trader.

Police are interrogating all the six arrested persons in connection with the two cases. The accused will be forwarded to the court tomorrow.