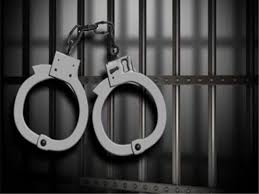 Sources said the accused was also involved in cases of loot and thefts. He was severely injured during a gunfight that broke out in Surajpur Police Station area.

Deputy Commissioner of Police (women safety) Vrinda Shukla said the action came in pursuance of a rape case lodged at the Surajpur Police Station on February 25.

Shukla said the modus operandi in the recent cases was similar to that of the accused in the previous cases. The women were targeted on isolated roads and the rapist who lurks in the bushes and attacks suddenly.

The criminal was tracked near the Greater Noida Authority’s office after a number of teams were formed to swoop down on him, police sources said.

Police said he was injured during gunfight as a bullet hit on his leg during the exchange of fire. A  country-made pistol along with some ammunition was seized from his possession.