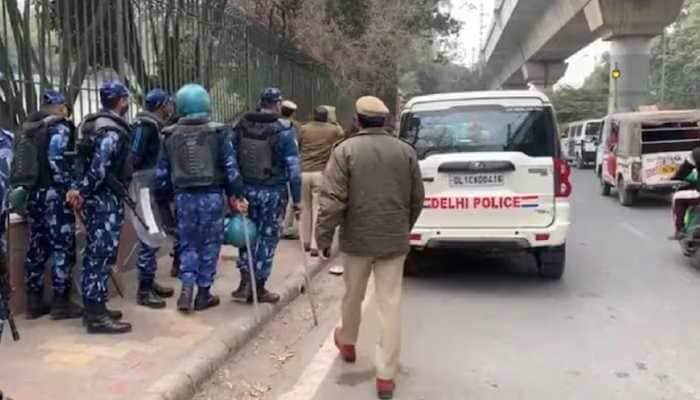 A day after the ruckus at JNU, members of the Students Federation of India (SFI) announced the screening of the BBC documentary on Prime Minister Narendra Modi at Delhi’s Jamia Millia Islamia University on Wednesday evening. The screening of the documentary ‘India: The Modi Question’ is scheduled to take place at 6 pm.

Azeez has been taken to Sukhdev Vihar Police Station, he said.

Security around the university has been tightened.

This comes despite a prior notice by the university administration, asking students to refrain from screening the BBC documentary.

“This is to reiterate that no meeting/gathering of students shall be allowed in any part of the campus including lawns and gates without prior permission of the competent authority, failing which strict disciplinary action shall be taken against the organizers,” the notice read.

The two-part BBC documentary “India: The Modi Question” claims it investigated certain aspects relating to the 2002 Gujarat riots when Modi was the chief minister of the state.

The documentary has not been screened in India.

The government had on Friday directed social media platforms Twitter and YouTube to block links to the documentary titled ‘India: The Modi Question’.

The Ministry of External Affairs has trashed the documentary as a “propaganda piece” that lacks objectivity and reflects a colonial mindset.