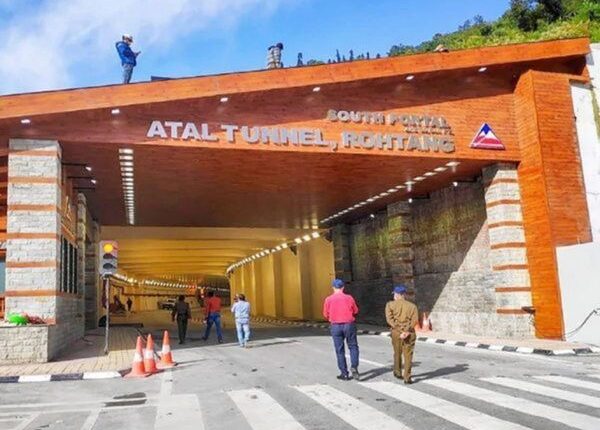 They are seven youngsters on a road trip to Kullu-Manali. They stopped midway inside the Atal Tunnel in Rohtang and created nuisance by dancing to loud music, police said.

Police registered a case and detained seven youngsters, who are residents of Narela neighbourhood in Delhi. Their vehicles were also impounded, police added.

Kullu SP Gaurav Singh said tourists caused nuisance inside the tunnel which was a clear violation of traffic rules. This will not be tolerated, Singh added.

The 9.02 km-long Atal Tunnel, which is the longest highway tunnel in the world and connects Manali to Lahaul-Spiti valley. It was inaugurated by Prime Minister Narendra Modi on October 3 this year.

The road distance between Manali and Leh in Union Territory of Ladhak has been reduced by 46 kilometres.